The article considers the problems of currency risks of exporters of agricultural products. Historically, agricultural enterprises around the world have been identified as using a number of internal operational approaches to manage currency risks and limit their impact, but such approaches often do not hedge all currency risks in their portfolios. Conventional hedging instruments available in developed capital markets, such as currency forward transactions, swaps and options, are limited and often too expensive in emerging markets. The author proposes a classification of the main currency risks of agricultural producers and concludes that devaluation is a major problem for participants in the agricultural value chain, including financiers, traders and dealers, processing enterprises and small farmers. Depending on the instability of the currencies in which loans are denominated, devaluation can lead to significant losses. Approaches to the formation of currency risk management system in the agricultural sector have been considered. Some methods of hedging currency risks that can be used by Ukrainian companies have been proposed. 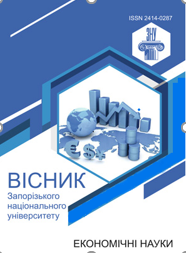